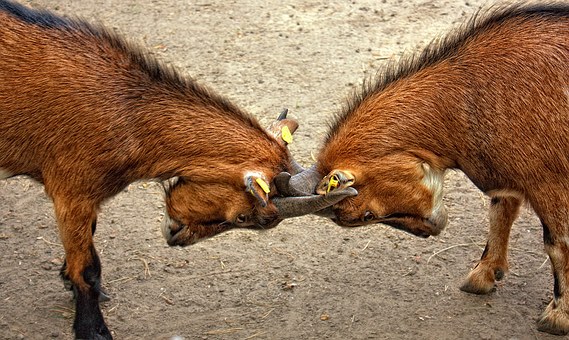 “But the word of the Lord came to Shemaiah the man of God, saying, “Speak to Rehoboam the son of Solomon, king of Judah, and to all Israel in Judah and Benjamin, saying, ‘Thus says the Lord: “You shall not go up or fight against your brethren! Let every man return to his house, for this thing is from Me.”’” Therefore they obeyed the words of the Lord, and turned back from attacking Jeroboam” (2 Chronicles 11:2-4, NKJV).

Rehoboam succeeded Solomon as King of Israel, but he was rude and mean toward the elders of Israel. Consequently, within a short time, all the tribes of Israel, except Judah and Benjamin, separated and created their own independent kingdom (of Israel) in the north, making Jeroboam their king. In response to the north’s rebellion, Rehoboam assembled 180, 000 warriors to go fight them and restore the unity of the kingdom.

God, however, told Rehoboam to call off the attack. God further explained that the separation that had occurred was from Him. The south subsequently obeyed the Lord’s voice and returned home without attacking their own people in the north.

What can we learn from this incident? First, not all battles are for you to fight. And not all situations call for your involvement. Even though you may feel justified to respond to a developing situation, the Lord may be asking you to stand down.

It is vital to listen to the voice of God in prayer before you get involved in certain situations. Otherwise, you may find yourself going against the will of God, draining your energy and resources, hurting yourself and others, or making a bad situation worse.

Second, certain things that happen are directly from God – for reasons best known to Him – and He doesn’t want you to intervene. In such situations, you must stand down and let God Himself deal with it. To do this, it is necessary that you develop a close relationship with the Father, because that’s the only way you’ll know whether He wants you to take action or He wants you to stand down. May the Lord give you a discerning heart. Amen.

Holy Father, grant me a spirit of discernment to know what you want me to do in every situation. In the Name of Jesus. Amen.