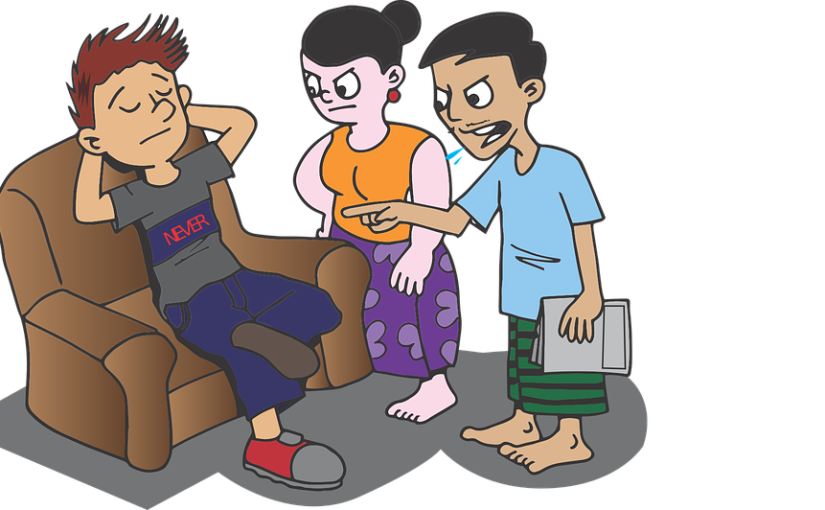 “Then the messenger who had gone to call Micaiah spoke to him, saying, ‘Now listen, the words of the prophets with one accord encourage the king. Please, let your word be like the word of one of them, and speak encouragement’” (1 Kings 22:13, NKJV).

One day, Ahab, king of Israel, requested king Jehoshaphat of Judah to help him go to battle against the king of Syria. Ahab wanted to reclaim the Israelite territory of Ramoth in Gilead. To be sure that God approved of his decision, he gathered 400 prophets to advise him. All the prophets assured Ahab that God was with him and that the battle would be won. But there was one prophet whose advice Ahab was reluctant to seek. His name was Micaiah.

Let’s back up a little. The 400 prophets lied when they said that God approved of Ahab’s battle plans. They told the king what he wanted to hear not what he needed to hear, i.e. the truth. Ahab had already made up his mind and the 400 prophets did not wish to upset or discourage him with a different message. They wanted also to be in the good graces of the king. Moreover, a deceiving spirit had come upon the 400 prophets. Upon the insistence of king Jehoshaphat, however, king Ahab sent a messenger to bring in Micaiah. Our Scripture reading today captures what the king’s messenger told Micaiah. The messenger’s only job was to summon Micaiah to the king’s palace. But notice how he pleads with Micaiah to agree with the 400 prophets. He told Micaiah that it would be in his [Micaiah’s] interest to let his “word be like one of them [the 400 men], and speak encouragement.”

Today’s Bible story tells us something very important about our relationship with God and the truth. Just like Ahab, at times our mind is made up about what we want or what we believe. Yet, to feel reassured, we want God and the people around us to be on board and tell us what we want to hear, which implies that we’re interested in agreement, but not necessarily the truth. At times we want God to adjust His will to ours. But that is not how God works. God cares about truth, not our feelings.

Truth is beautiful and liberating, but it does not always align with what you want. At times God’s Word will shake up your traditions, your theology, your beliefs, or your lifestyle. It might even disrupt your plans and make you upset. Micaiah spoke the truth from God and it upset Ahab. The 400 prophets, however, told Ahab what he wanted to hear; he gladly followed their advice, went to battle, and got himself killed.

Lesson: Sometimes the very thing you don’t want to hear is the only thing that will save you. Therefore, seek the truth above all things, even if it puts you in the minority and even if the truth hurts your pride.

Dear Father, the truth of your Word is all I want. Through the Holy Spirit, guide me into all truth, and let not my personal feelings get in the way of obeying your truth. In the Name of Jesus. Amen.