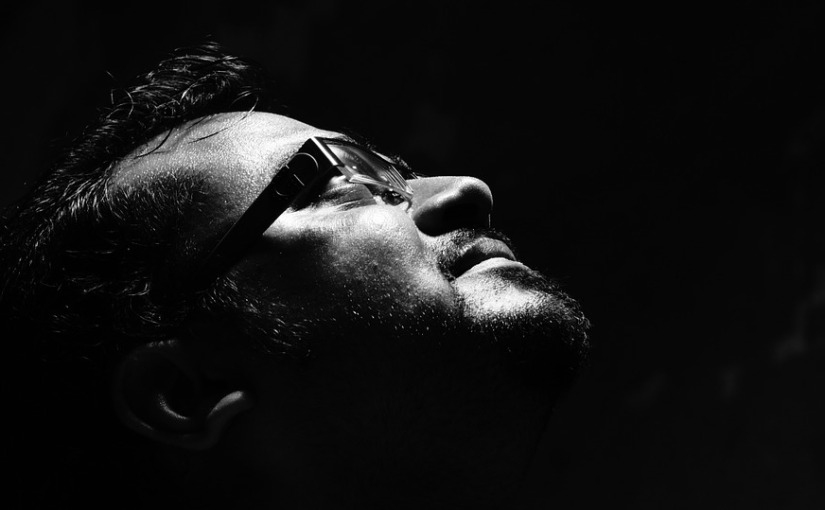 “Though you have not seen him [Jesus], you love him. Though you do not now see him [Jesus], you believe in him and rejoice with joy that is inexpressible and filled with glory, obtaining the outcome of your faith, the salvation of your souls” (1 Peter 1:8-9, ESV).

Today’s devotional is meant to dovetail yesterday’s message. Recall that yesterday we learned something about how God doesn’t want us to make images and bow down to them. The Father’s desire is for us to worship Him in spirit and in truth. God is spirit and invisible, and He wants us to worship Him that way until the Day we see Him face-to-face.

You also will notice that the Son of God became flesh (visible) to save us from our sins; but after His resurrection, He ascended – body and spirit –  to heaven and didn’t leave us any physical representation of Himself on earth. He promised, however, to be with His Church always, albeit in an invisible manner. He further sent us the Holy Spirit (Who is also invisible). All of this tells us that God wants our worship to be based, not on visible images or some physical representations of Deity, but based rather on faith in the unseen Presence of God. True worship requires this kind of faith –  living faith.

If we base our worship on what we can see, feel, touch and smell, we’re walking by our senses, not by faith. The Word of God says, “faith is the substance of things hoped for, the evidence of things not seen” (Hebrews 11:1, NKJV, emphasis added). You probably recall the story of Thomas, one of the Twelve Apostles of Christ. He hardened his heart and insisted that until he could feel, touch and see the risen Christ, he wouldn’t believe He was risen from the dead. Later, Jesus appeared to the Apostles and He upbraided Thomas, saying, “Thomas, because you have seen Me, you have believed. Blessed are those who have not seen and yet have believed” (John 20:29, NKJV, emphasis added). The blessing is for those who, without seeing, believe the word of faith. Feeling, seeing, touching, or smelling doesn’t require faith. If the Word of God proclaimed by believers is not enough for a person to have faith, but he demands to see, feel, touch and smell something before he believes, then Christianity isn’t for him.

Based on everything we’ve said so far, today’s opening Scripture makes sense. Look at it again. Peter describes the kind of faith which produces authentic worship. Writing to groups of predominantly Christian neophytes, he states that they have not seen Jesus, yet they love Him. He continues by saying, they do not see Jesus at the present time, yet they believe in Him and are filled with a joy so glorious and inexpressible. This is the meaning of living faith and the meaning of true worship. Therefore, if you need a man-made image or statue of Jesus to help you worship the Lord, you are practicing a different religion not Christianity.

The Father seeks worshipers who will worship Him is spirit and in truth, based on faith in His Word, not ‘faith’ in images and religious objects or articles produced by men. The Bible shows that one does not need to see Jesus (or contemplate any visible man-made images of Jesus) to believe in Him or love Him.  Our faith and our worship should, consequently, be based on an inner conviction produced by the living Word of God that is preached to us. And, when faith is alive, it will produce authentic worship and the fruit of peace, joy and righteousness in the Holy Spirit (cf. Romans 14:17). Let’s worship the unseen Lord through living faith.

May the Lord bless and keep you today! Amen.