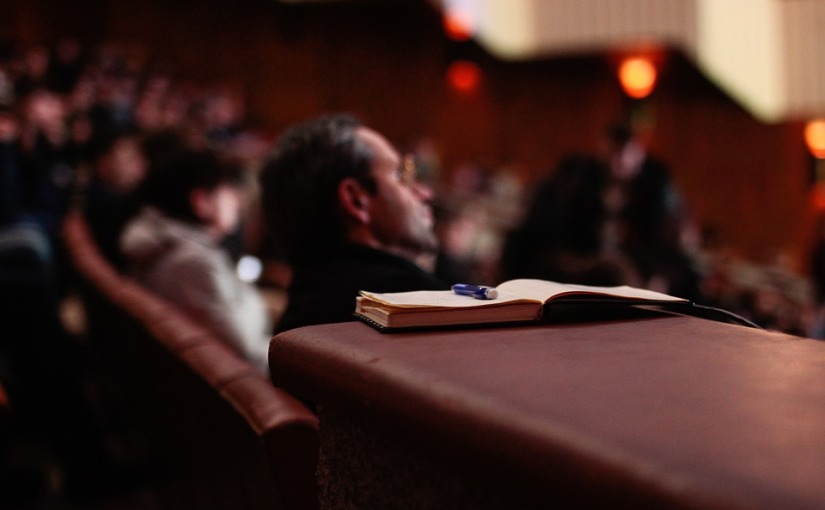 “The Lord GOD hath given me the tongue of the learned, that I should know how to speak a word in season to him that is weary: he wakeneth morning by morning, he wakeneth mine ear to hear as the learned” (Isaiah 50:4, KJV).

The above passage is a prophecy about Jesus, the Messiah. It shows us the image of Christ as a disciple or student. Imagine that: Jesus the student. When we think of Jesus, that’s not the image we often associate with Him. Yet the Bible says that He was a learned Man, well instructed. Who instructed Jesus? The Father did. We shall soon find out more about this. In the meantime, let’s look at the details in the passage.

In the prophecy, Jesus is speaking in the first person. He says that the Lord GOD has given Him the tongue of the learned, i.e. the tongue of a disciple. A disciple is one who understudies another and follows in the footsteps of that person. A major part of the Messiah’s job description was teaching. This, obviously, required speaking. Jesus trained under the Father so that He would, among other things, know how to speak the right word to sustain those who were exhausted in life. Jesus was a good Teacher because He was a good Disciple.

Another interesting detail from today’s passage is that Jesus did not stop being a disciple. According to the passage, each morning the Father opened Jesus’ ears to give Him the instructions of that day. The mark of a good disciple is the ability to listen. That is what Jesus did. In Psalm 40:6, another Messianic prophecy, Jesus reiterates His listening ability as a disciple: “Sacrifice and offering You did not desire; My ears You have opened” (NKJV). Jesus, as we can see, was not only the Son of God, but also was a Disciple of the Father.

Every day, the Father taught Him what to say and how to speak. These daily instructions sharpened His teaching ability and made every word from His mouth a seasoned word, capable of lifting up those who were burdened in life. In Jesus’ own words, “When you lift up the Son of Man, then you will know that I am He, and that I do nothing of Myself; but as My Father taught Me, I speak these things” (John 8:28, NKJV). Because Jesus listened and submitted to the daily instructions of the Father, He gained a skillful tongue – capable of delivering life-giving words.

A well-trained tongue is a fountain of refreshing words. The Book of Proverbs expresses it pithily, “There is one who speaks like the piercings of the sword, but the tongue of the wise promotes health” (12:18, NKJV). Jesus was, and is, the Giver and Promoter of Life. He literally gave life to people by speaking the right words to them. “The words that I speak to you,” He declared,  are spirit, and they are life” (John 6:63, NKJV). His secret? He listened to His Father.

As the Father taught Jesus, He has many things to teach us also. The secret to success in God’s Kingdom is daily obedience to the voice of God. Let’s learn from Jesus the Disciple.

May the Lord let His face shine upon you and make all your paths prosperous, in Jesus Name. Amen.

“Wives, submit to your own husbands, as to the Lord. For the husband is head of the wife, as also Christ is head of the church; and He is the Savior of the body. Therefore, just as the church is subject to Christ, so let the wives be to their own husbands in everything” (Ephesians 5:22-24, NKJV).

Understanding the covenant relationship between Jesus Christ and the Church is key to understanding the relationship between Christian spouses. In other words, how spouses conduct themselves in a marriage is an indication of how they understand the bond between Christ and His Church. This is one of the most sacred and fundamental teachings the Holy Spirit has bequeathed to us in the Scriptures. Today, let’s talk about one thing the Bible says to Christian wives: submission to their husbands. God willing, tomorrow, we’ll look at husbands, too.

Exchange of vows and the rings is one of the most beautiful moments in a marriage ceremony. It’s the solemn moment when couples say to each other the two most famous words, “I do.” For the woman, the “I Do” will include “I submit to you, Mr. . . . as my head even as the Church submits to Christ her Head.” Submission is an expression of humility. It is a beautiful and powerful spiritual weapon. With this weapon, the wife can defeat every attempt of satan to lure her into controlling, manipulating, or undermining her husband. A Christian wife will do well to remember what satan did to Eve in the garden. He used her against Adam and God. The spirit of submission, i.e. submission to God’s commandment, keeps satan away. Many Christians, unfortunately, don’t realize this. When they hear of submission, they think it’ll impede their personal dreams and goals. They forget that obedience to God is more precious than gold and silver. God can give you what your dreams and goals can’t give you.

God has arranged that the wife (woman) should submit to her husband. If we follow God’s arrangement, it will lead to peace, joy, unity, harmony and countless spiritual blessings. God’s plan is not for the wife to lead or control her husband. A lack of submission, therefore, constitutes a violation of the marriage covenant. Cheating is not only about adultery. Failure to submit is a form of cheating, because it violates the terms of the covenant. When a Christian wife fails to submit to her husband, it is akin to the Church not submitting to Christ, but seeking to lead or control Him.

However, when a wife practices submission, she is in a spiritually safe zone. Submission ensures spiritual protection. You are safe when you are where God wants you to be, doing what God wants you to do. When you step outside God’s plan, you’re no longer spiritually safe; you become easy target for the enemy. Let Christian wives listen to the voice of the God who established marriage, and they’ll notice remarkable difference in the quality of their marriage.

God bless Christian wives with wisdom, holiness and a spirit of submission. Amen.

Submit yourselves therefore to God. Resist the devil, and he will flee from you” (James 4:7, KJV).

Live your life with one purpose in mind: to please God in all things. This is important for many reasons. But let’s focus on just one today.

You can easily make the devil flee from you. It’s not complicated. You don’t need to be a guru or have any special religious titles. You don’t have to recite some special prayers or have some special anointing over your life. All you have to do is to be obedient to the Lord. Once you do that, you don’t have to worry about the devil.  That is the beauty of God’s Word. It is simple.

The truth is, satan is scared of people who live in obedience to the Lord. Therefore, your ability to spot and overcome the wiles of the devil depends on your submission to God. In other words, your power to resist satan flows from your submission to God. If, however, you resist the Holy Spirit, it would be impossible to resist the devil, because resistance to God weakens your ability to withstand the devil.

But you can resist the devil easily and make him flee from you.

When you resist satan, it means you oppose everything he stands for, including deeds of darkness. As you do this, you’ll inevitably become a threat to the devil, and he will have no choice but to run from you. If you submit to God, the devil is no match for you. Remember this: Those who are faithful to the Lord pose the biggest threat to the kingdom of satan. God wants you to have complete victory over the devil. Start submitting to God today and notice the flow of divine power in your life.

The peace of the Lord be upon you today! Amen. 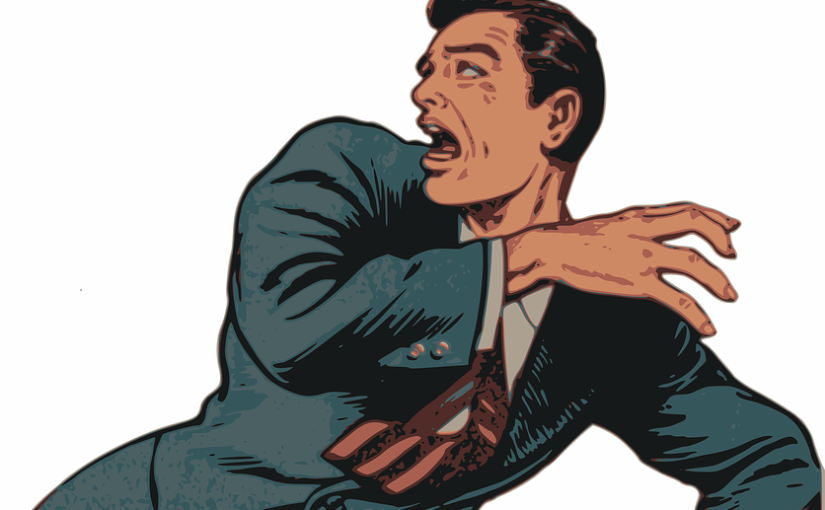 “Submit yourselves therefore to God. Resist the devil, and he will flee from you” (James 4:7, KJV).

Your blessing as a Christian consists in submitting to God. This means to subordinate your will to God’s will – as Jesus did. You recall what Jesus said in John 6:38: “For I came down from heaven, not to do mine own will, but the will of him that sent me” (emphasis added). If you wish to be like Jesus, submit your will to God’s. Let God do with you whatever He pleases. Live your life with one purpose in mind: to please God in all things. This is important for many reasons. But let’s focus on just one today.

Your ability to spot and overcome the wiles of the devil depends on your submission to God. In other words, your power to resist satan flows from your submission to God. If you resist God – through disobedience – it would be impossible to resist the devil, because those who live in disobedience are vulnerable and can easily be exploited by the adversary.

But you can resist the devil easily.

To resist the devil means to fiercely oppose everything he represents and to have nothing to do with deeds of darkness. As you do this, you’ll become a threat to the devil, and he will have no choice but to flee from you. If you submit to God, the devil is no match for you. Remember this: Those who – through obedience – are faithful to the Lord pose the biggest threat to satan. God wants you to have victory over the devil. Start today by submitting to God.

The grace of our Lord Jesus Christ be upon you today! Amen.

Take time to pray to the Father about today’s message.

“He that hath no rule over his own spirit is like a city that is broken down and without walls” (Proverbs 25:28, KJ21).

Before you decide to rule over others, learn first to rule over your own spirit. The Lord has endowed you with enormous spiritual strength through your new birth in Christ. To succeed in your Christian calling, God wants you to exercise control over yourself. If you’re going to stay on the winning side, the first thing you must conquer is yourself. Let’s look at today’s Bible verse. The Word of God says that he who has no rule over his own spirit is like a city that is broken down and without walls. If you lose control over yourself, you’ve lost control of your life. As the Bible tells us, when you can’t rule your own spirit, you’re like a city that is broken down, and a city without walls. This means you become vulnerable to invasion by forces that seek to destroy you. Due to the inability to rule their own spirit, many people have brought needless pain on themselves and on others.

Dear Father, you have created me for a higher calling. Give me the ability to rule over my own spirit as I submit to your will. In the Name of Jesus. Amen.